Irritable Bowel Syndrome (IBS) is one of the most prevalent disorders of the digestive system, which is characterized by pain and/or disturbances in the bowels along with irregularities in defecation manifested by alternating episodes of diarrhea and constipation.(1) Among the methods of diagnosis for this disorder is the diagnostic criteria Rome III. It includes: recurrent pain or disturbance in the bowels for at least 3 days in the previous 3 months, along with at least two of the following criteria:

Based on Rome III diagnostic criteria, currently about 5-10% of the population in developed countries suffer from IBS, mostly seen in women and the third and fourth decades of life.(2)  Unfortunately, treatment options are limited for patient suffering from IBS, which is partly due to the fact that the mechanism and causes of this disorder are still not fully known.(1)

Use of herbal medications is common for treatment of IBS symptoms. Based on the results of a controlled double-blind prospective study with placebo control, after 4 weeks of treatment with capsules containing mint essential oil, 75% of patients manifested a 50% reduction in symptoms (in comparison to 38% in the placebo group). In comparison to the beginning of the study, unlike the group taking the placebo, there was statistically significant reduction in symptoms in the group taking the mint essential oil capsule 4 weeks after the commencement of the treatment and 4 weeks after its end.(2)

Iranian (Shirazi) thyme is a species endemic to Iran, which has long been used in folk medicine due to its disinfectant, analgesic and carminative properties.(2)

The analgesic properties of the hydro-alcoholic extract and the essential oil of Iranian thyme has been studied in rat and mice using writhing, tail flick and formalin test. The hydro alcoholic extract (500 mg/kg, i.p.) and the essential oil (0.3 ml/kg, i.p) of Iranian thyme have demonstrated its analgesic properties in the tail flick test (p<0.05). They have also manifested their analgesic effects in writhing and formalin tests. The overall properties of this plant as demonstrated through the mentioned tests are testimonies to the central and peripheral analgesic effects of Iranian thyme.(5)

In another study using laboratory animals, the essential oil of thyme leaves demonstrated dose-dependent inhibition of contractions caused by Kel in isolated ileum of rats, which resembles the effects of dicyclomine.(6)

In a multicenter randomized clinical trial, the effect of Gastrolit oral drop was evaluated in 53 patients, for whom a definitive diagnosis of IBS had been made using Manning criteria. Based on the results of this study, after 2 weeks of treatment with 20 drops, three times a day, Gastrolit drop was effective in treatment of all symptoms of IBS (p<0.002) and in most cases both the patients and physicians were satisfied with the medication.(7)

Take 20 drops with some fluids every 8 hours.

Based on presence of 4.4-7 mg thymol per ml of the product.

With the recommended dosage and administration guideline, no adverse effects have been reported. Nonetheless, in case of overdose, or in sensitive individuals, the thymol present in the product may cause vertigo, headache, nausea, vomiting, muscle weakness, decrease in cardiac function, respiratory system and body temperature. In case these adverse effects occur, discontinue use and consult your physician.

Administration during Pregnancy and Lactation

Not to be taken during pregnancy and lactation.

There are no reviews yet.

Be the first to review “Gastrolit Oral Drop” Cancel reply 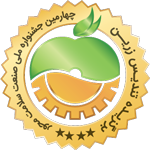